On Saturday, team JuG went out on a cross country cycling adventure from Chico to far western Red Bluff, CA. I on Lloyd, and Jeff on his black steel SOMA Double Cross, of whose name I am not aware. 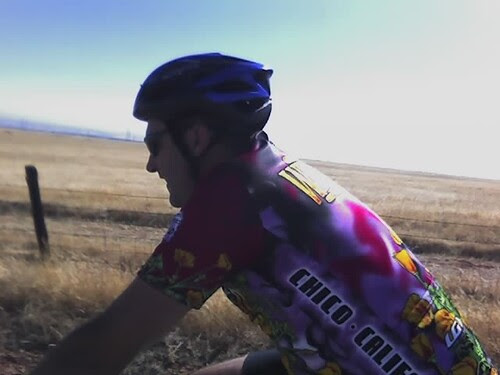 We set out at just as the sun peaked over the Sierras to the East; the air was crispy, and the first signs of Autumn gave us a feeling of excitement as we set out into the semi-unknown. I say semi-unknown because this was the second time I'd done the course. Maps in pockets, loaded with food and drink, we were off.

No more than fifteen minutes into the ride the wind reared its ugly head; and didn't let up for 62 miles. We rode into a 12-15 mph headwind for 5 hours; the gusts must have been 20mph because if you stopped pedaling, you stopped moving. I can say that this was the hardest ride I've ever done. 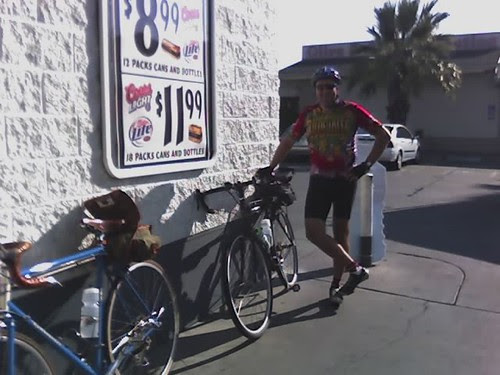 This particular course takes you across California's Great Central Valley toward the Yolla Bolly Mountains and Mendocino National Forest. The views tend to be beautiful on a clear day, and once you are west of I-5 the traffic is minimal to nonexistent.

On this day the views were in fact beautiful, but between the wind and gravel we weren't too concerned with the views; instead we focused on staying upright and fuel intake! In fact, we ate like rhinos! Into my 137 pound body I packed 2 bananas, 2 granola bars, 1 AB&J (AppleAlmond Butter & Jelly), 3 Honey Stingers, 2 Powerbar gels (with salt and caffeine), half a bagel, and 4 bottles of water over 5 hours and 30 minutes. I also had a bagel with cream cheese and coffee before the ride. I think Jeff ate about the same pile of food and beverage.

It's a bit sad looking down at a 13.1mph average, and only covering 72 miles in 5:30. However, in training terms it was like climbing for 72 miles and should make next week's 104 mile Ride The Rogue seem like cake... assuming we're not assaulted by the wind again.

I'll definitely do the ride again; hopefully Jeff will as well. Although next time I think we'll check the wind predictions. If they are they same, perhaps we'll drive to Red Bluff, and coast to Chico effortlessly... and spend that extra time and energy sipping pints at Sierra Nevada!
Posted by Gino Zahnd at 6:49 PM

Thanks for doing the dirty work. I posted my version and response: http://jnkochs.blogspot.com/2006/09/elk-flat-34-century-my-version_18.html

I think I'm ready for Oregon.

Next time you fellas go out on a trip like that let me know....I drive a support wagon:) Or just maybe pull the ol' road bike off the rack for the day - have a great time this weekend!